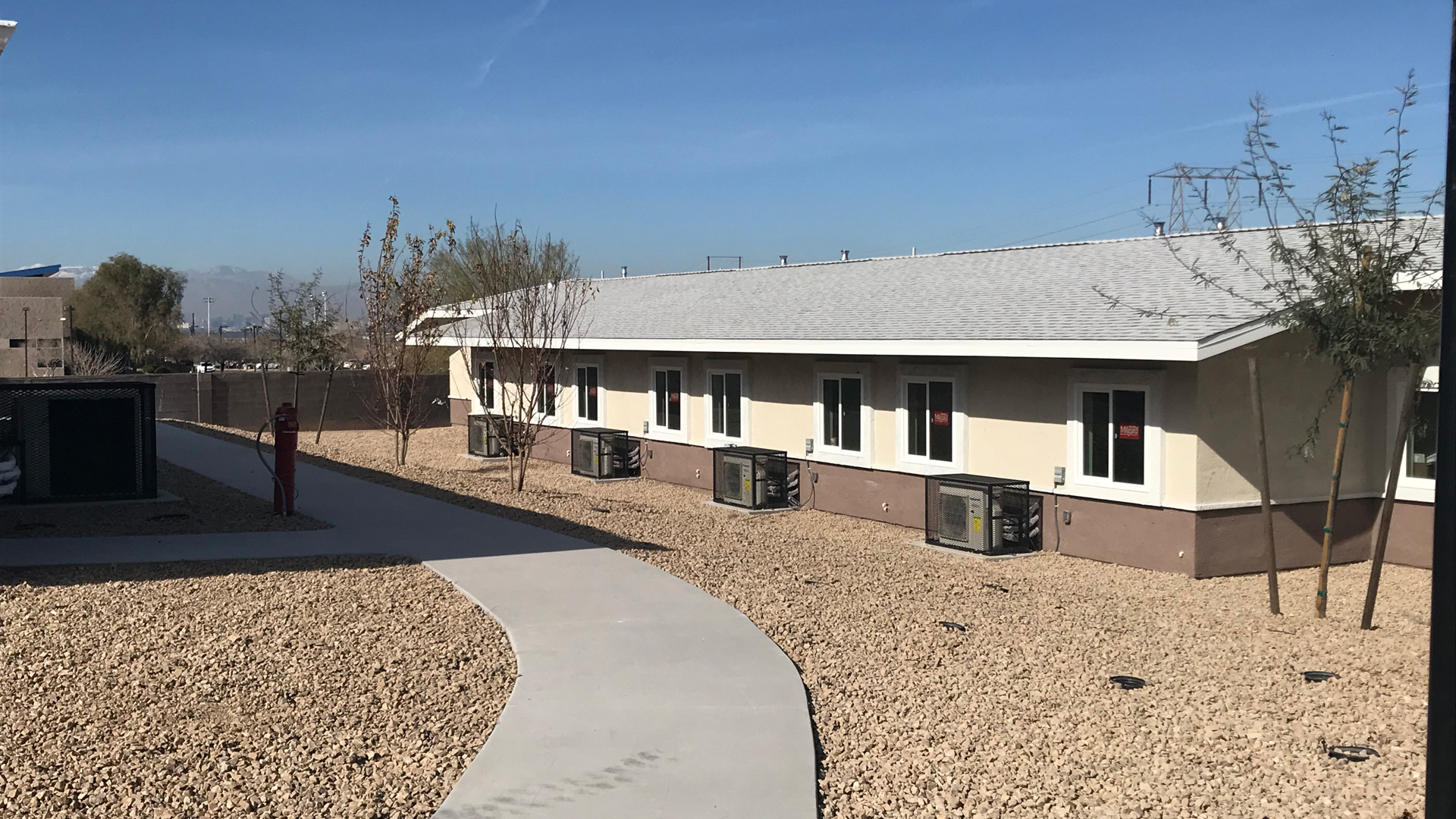 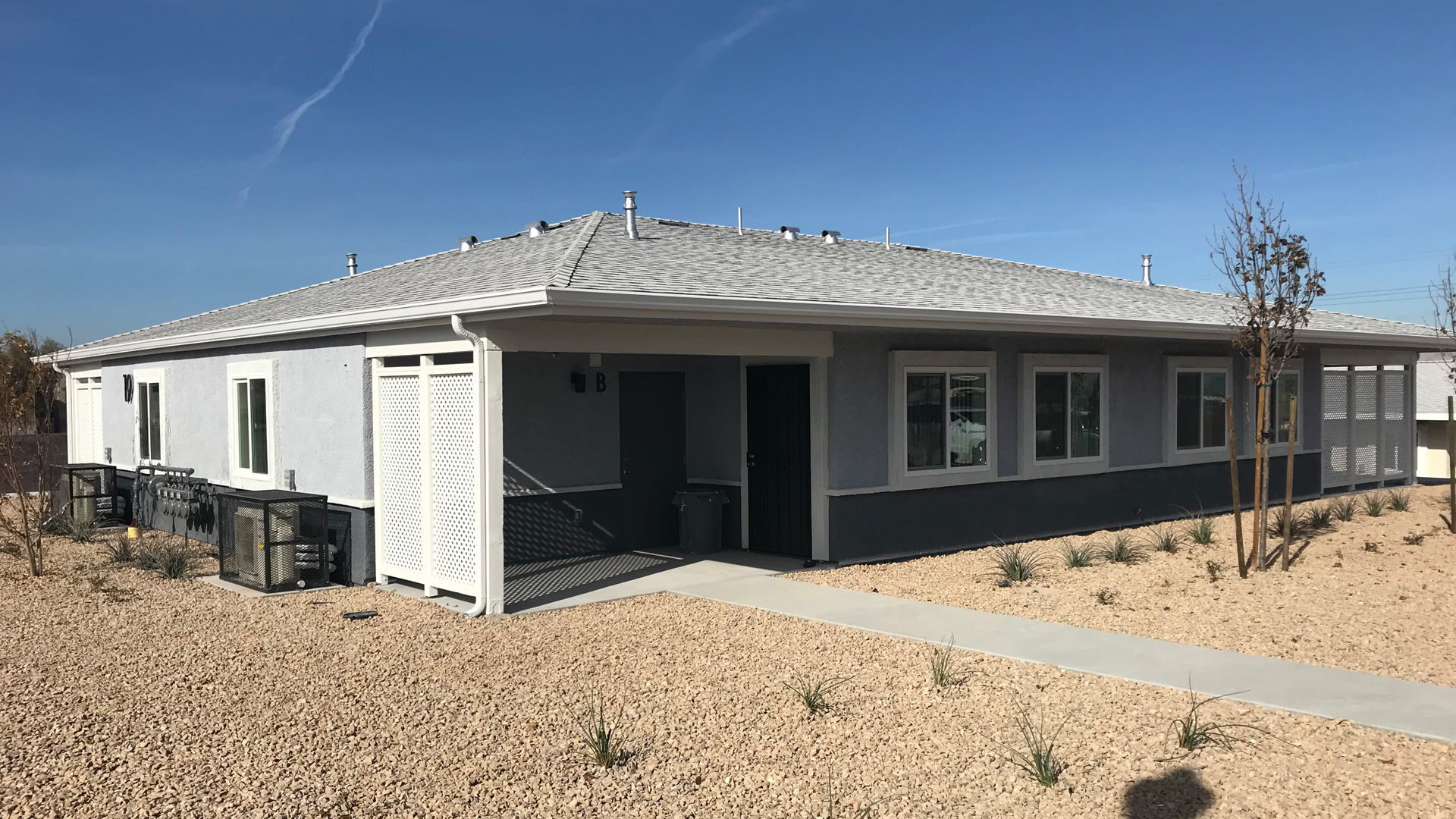 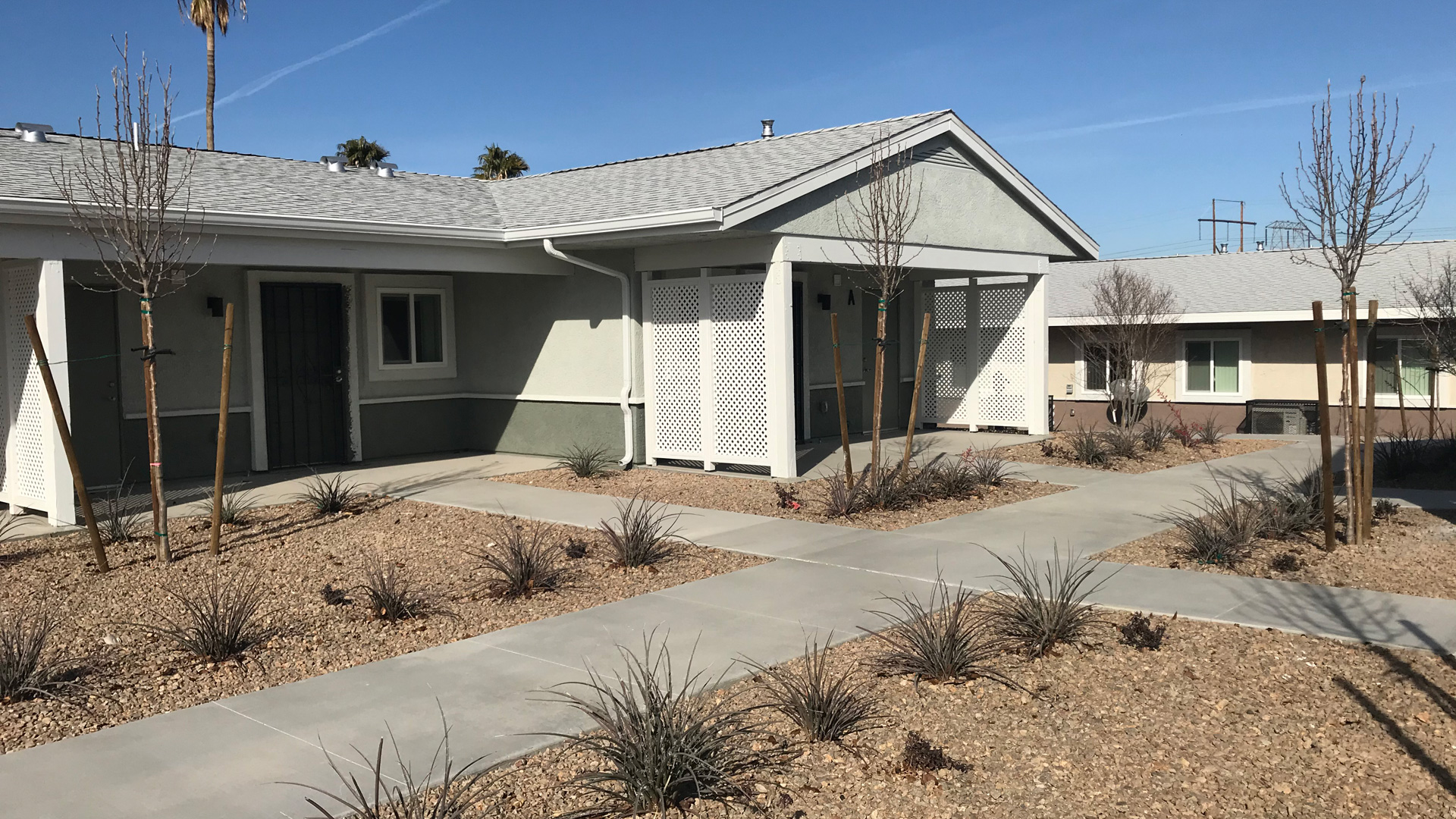 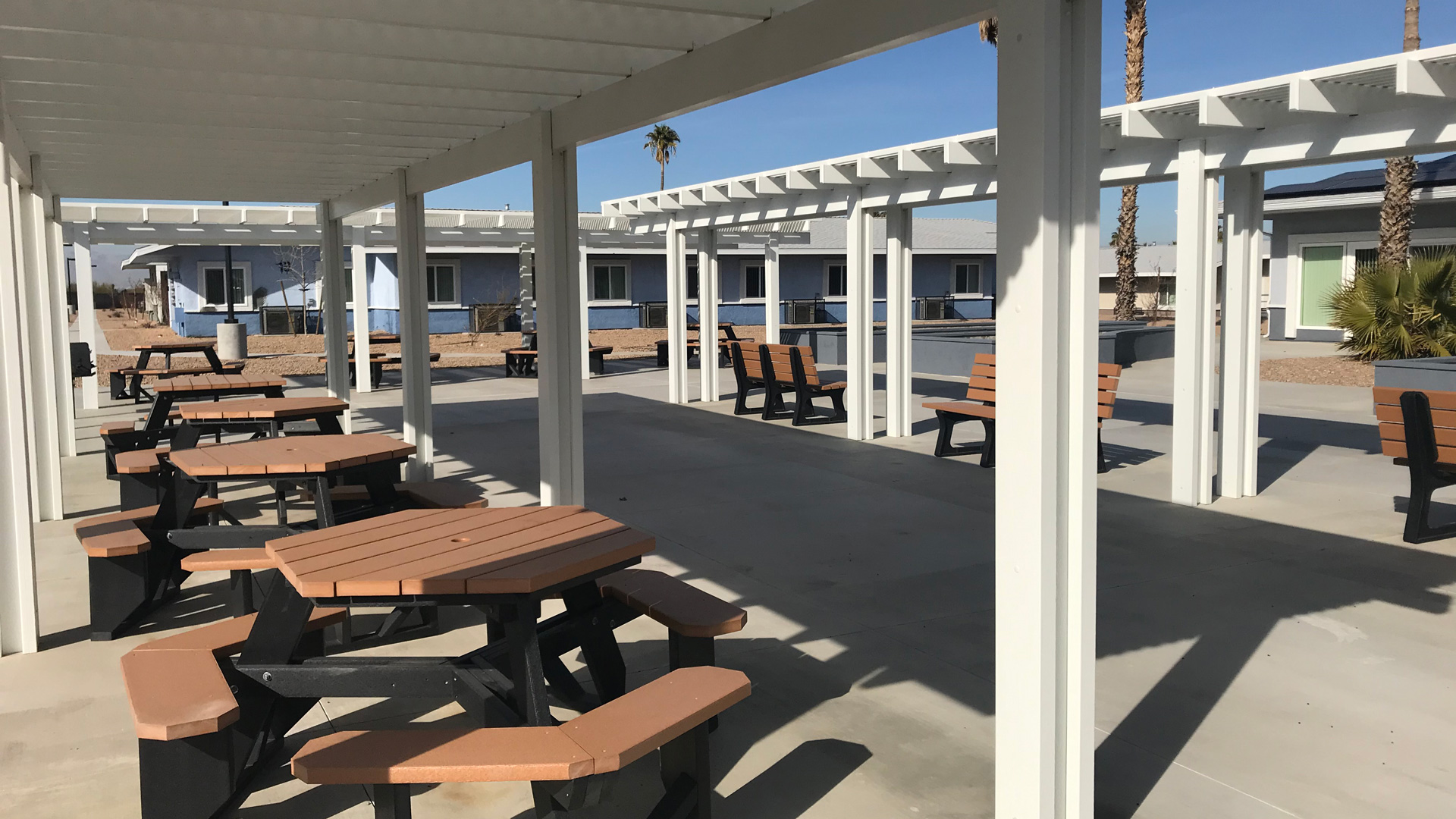 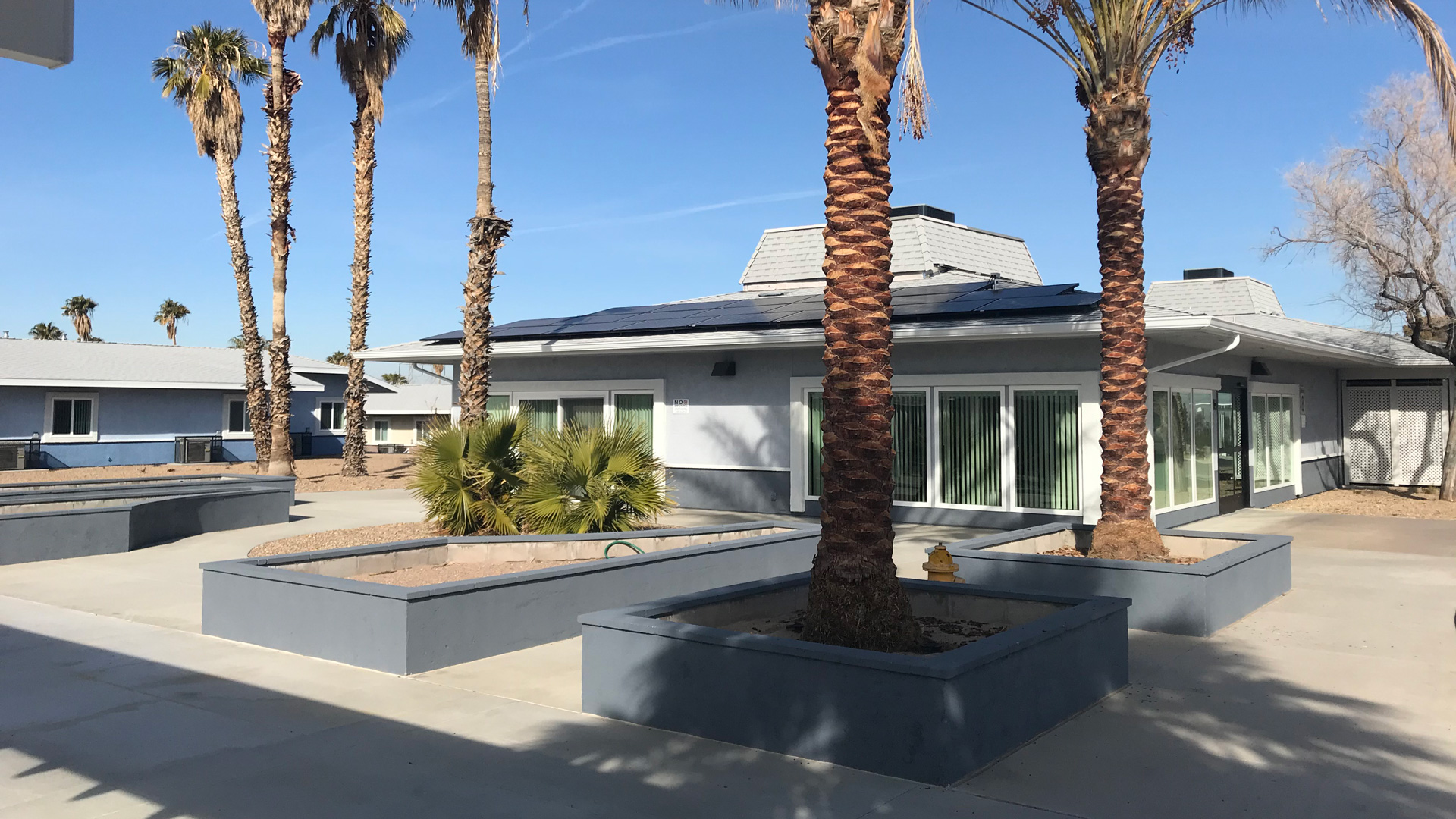 Espinoza Terrace Apartments
The Espinoza Terrace Modernization Project consisted of 20 apartment buildings of varying unit numbers totaling 100 residential units and the community center. The existing structures had extended passed its lifespan, existing utilities were outdated and no longer compliant with the local building code and contained the presence of asbestos and other hazardous materials. KME Architects was asked to survey the existing buildings and determine whether the existing building could be reused or if the entire building should be demolished to make way for the construction of a new building.

KME Architects worked closely with our consultants and the Housing Authority to investigate the existing conditions and determine the best course of action. A requirement of the project was to also create additional space with the small individual apartment units to ensure ADA compliance within the living units and throughout the site. KME re-designed the units with minimal additional to the footprint, in some cases we were able to provide additional square footage under the existing roof structure.